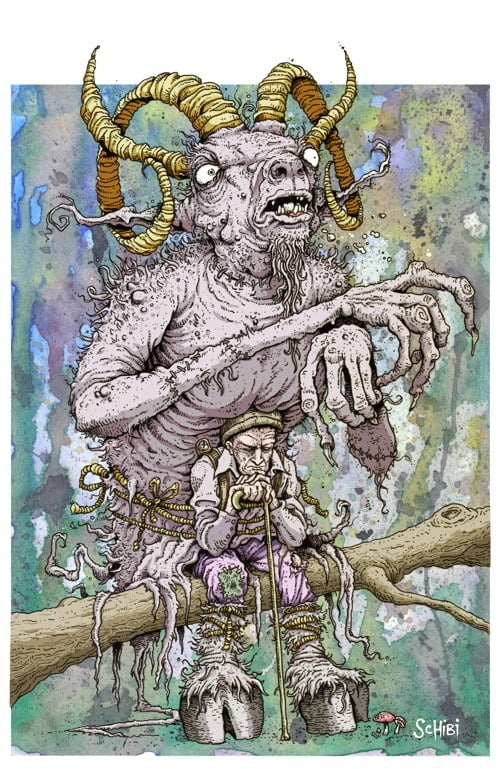 The Legend of The Goat Man of Lake Worth continues to live on ever since it was captured in a grainy photograph back in 1969. Half-man, half-goat, this giant creature chases off/attacks anyone that encounters it. Witnesses have called it "...a snarling beast with claws over 8 inches long & eyes crazier than the dreaded 'Bachmann Monnster'..."

Here's the real deal though:
It's just Nick.
An old hermit who uses his love of makeup FX & costume design as a way to keep those "pesky kids" off his land. Scaring the b'jesus out of the trespassers has become his mission in life & a successful one it has been.
Now finally captured in this portrait, here's Nick the Goat Man. Pin it to your front door to scare the kids off....